The signature fundraising event has become a favorite of those who attend as well as those who perform. What started as Clutch City Karaoke in Houston, has morphed into South Beach Battioke – a karaoke competition for Shane and his teammates as well as other celebrities. Giving these athletes a chance to shine off the court, the level of entertainment at Battioke is hard to find elsewhere. Attendees witness their favorite players letting loose and testing out their karaoke chops in front of a fun-loving lively audience, while raising money for The Battier Take Charge Foundation.

The event also featured a charity auction, in which Buffett was the high bidder ($24,000!) on a locker room-used celebratory bottle of champagne from last year’s championship that was signed by the team. 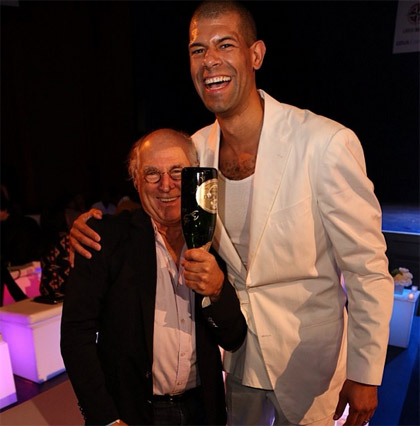 Buffett also took to the karaoke stage for Marvin Gay’s “I Heard It Through The Grapevine” with Pat Riley. Watch a short video of it on Instagram.

Shane Battier is a big parrothead, and even quoted Jimmy when he joined the Heat in 2011.