Jimmy Buffett is back in the musical game. Margaritaville.com announced today that he’s producing Big Fish, the musical adaptation of the 2003 film. 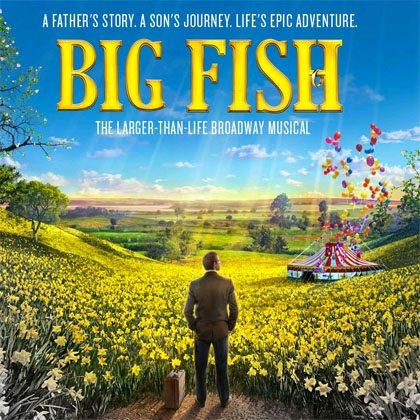 Big Fish is a rollicking fantasy set in the American South. Directed by 5-time Tony Award winner Susan Stroman (The Producers), the story centers on the charismatic Edward Bloom (whose impossible stories of his epic adventures frustrate his son Will). As Edward’s final chapter approaches, Will embarks on his own journey to find out who his father really is, revealing the man behind the myth, the truth from the tall tales.

Big Fish’s World Premiere Pre-Broadway Engagement is in Chicago at the Oriental Theatre from April 2nd to May 5th, then it lands in New York City on Broadway starting September 5th! Tickets and more information can be found at BigFishTheMusical.com.

This won’t be Buffett’s first foray into musicals. He adapted Herman Wouk’s novel “Don’t Stop the Carnival” for a musical in the late 90′s, but it only ran briefly in Miami and Atlantis Paradise Island in the Bahamas.