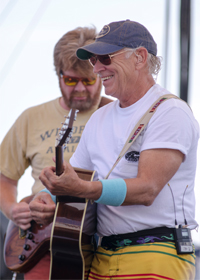 Crowds estimated at more than 75,000 took to the newly named LandShark Beach at Resorts Casino in Atlantic City, Saturday, for a free concert that included a surprise 90-minute performance by Jimmy Buffett. The iconic beach musician was in his element, wowing fans with hits including “Margaritaville” and “Come Monday” while kicking-off a summer-long series of live entertainment at the hotel. The free beach concert included performances by Andy Grammer, Mac McAnally and Wilson Phillips.

Resorts Casino Hotel, Atlantic City’s very first casino back in 1978, has been reinvigorated with a total of $70 million in renovations, including the $35-million Margaritaville complex, which has infused the hotel with a fun, beach vibe much in evidence on Saturday. The Margaritaville complex encompasses a Margaritaville Café, LandShark Bar & Grill, Margaritaville-themed casino area, Five O’clock Somewhere bar, retail stores, and coffee shop.

See many more photos at pressofatlanticcity.com. 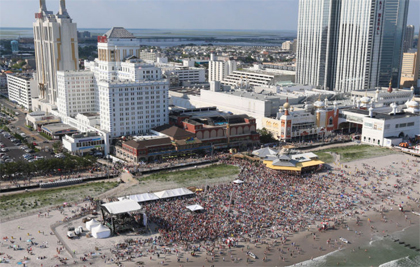