Buffett to Perform on The Tonight Show 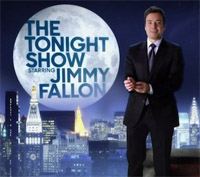 Jimmy Buffett will make his first appearance on Jimmy Fallon’s The Tonight Show next month when Fallon records a week of shows in Orlando.

He will tape four shows from June 16 through June 19 on the Universal Studios back lot. He will be here to celebrate the resort’s Wizarding World of Harry Potter-Diagon Alley.

Tickets will be released later this week using the show’s regular ticketing website.

An announcement will go out via the Twitter handle #FallonTonight to let fans know the tickets are available.

Guests for the road trip:

More guests will be announced in coming weeks, NBC said.

The show will tape on Sound Stage 20 on the Universal Studios back lot, but the musical acts will perform on the Music Plaza Stage, which is modeled on the Hollywood Bowl.

Buffett was a guest on Jimmy Fallon’s Late Night show back in 2009, and has been on The Tonight Show many times with both Johnny Carson and Jay Leno.