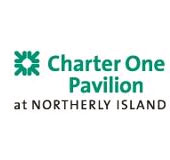 Jimmy Buffett will return to Chicago this summer but will play at the Charter One Pavilion on Northerly Island, the former site of Meigs Field.

Jimmy Buffett and Phish were confirmed Thursday to headline concerts in a newly expanded Charter One Pavilion on Northerly Island.

Buffett is expected to play June 29 and Phish, according to their Web site, on July 19-21. Additional Northerly Island shows include Dispatch on June 1, O.A.R. on June 28, and Barenaked Ladies and Ben Folds on July 9. Buffett and Phish had previously played ampthitheaters and arenas during their regular summer visits to the Chicago area, including Toyota Park in Bridgeview, Ill., and Alpine Valley Music Theatre in East Troy, Wis. Only Buffett and Phish will use the expanded configuration of the facility.

No word yet on when tickets will go on sale.