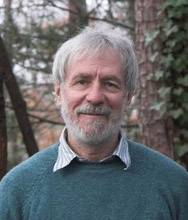 Even if you don’t know who Jesse Winchester is, as a Buffett fan you’ve likely heard at least one of his songs. In Buffett’s long career, he’s recorded six of Winchester’s songs: Rhumba Man, L’air De La Louisiane, Defying Gravity, Biloxi, Nothing But a Breeze, and I Wave Bye Bye. In the liner notes of the box set Boats, Beaches, Bars, and Ballads, Buffett said “like a solid relief pitcher, Jesse Winchester is a source of songs I return to again and again. ”

Winchester died at his home in Charlottesville, Virginia on Friday morning after battling cancer. He was 69.

When Buffett played the concert for the Gulf Coast in 2010, Winchester joined Buffett on stage to sing “Rhumba Man,” “Mississippi You’re On My Mind,” and “Biloxi.”

A year after that, in 2011, Jesse was told he had esophageal cancer. He stopped in the middle of a tour and began radiation treatments, followed by surgery. Immediately, Buffett and Elvis Costello agreed that it would be a good idea to put together a tribute album as a show of support.

At Christmas of 2011 Buffett wrote to Jesse and told him the album was coming, a gift from a whole bunch of grateful musicians and songwriters to a master. Jesse expressed his gratitude and had some good news of his own. He had beat the odds – after treatment and surgery the doctors had told him he was cancer free.

Winchester’s cancer returned in February, this time in his bladder and was inoperable.

Download the tribute album Quiet About It at iTunes.