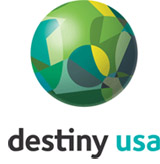 It’s been a year and a half since we told you about the possibility of Margaritaville opening in Syracuse, New York, and it appears headed to fruition, according to Syracuse.com.

Assemblyman Al Stirpe, D-Cicero, confirmed that a bill he co-sponsored involving a major new tenant for the mall referred to Margaritaville. The bill, which would allow the bar and restaurant to open at Destiny, has passed the Senate and Assembly.

The chain appears to be heading for the vacant space across the hall from Toby Keith’s I Love This Bar & Grill on Destiny’s entertainment-focused third floor.

Destiny USA, previously known as the Carousel Center from 1990-2012, is a six-story super-regional shopping and entertainment complex on the shore of Onondaga Lake in Syracuse, New York. It is the sixth largest shopping center in the nation.