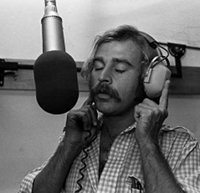 After the Austin show was postponed on Thursday night, Jimmy and Mac McAnally headed to a local radio station to play an acoustic set.

While discussing the new album Songs From St. Somewhere, Jimmy revealed that it will be released in July, though the specific date was not given.

We know four of the songs that will be included on the new album:

Buffett will make up the Austin show Friday night at 7pm CT. Be sure to tune into Radio Margaritaville to listen.